MACHINE TRANSLATION DISCLAIMER
Please be aware that this is a machine translation to provide a basic understanding of our web content: since translations are done by machine, they are literal, so certain words may not translate accurately. Viewers who rely on information through machine translation on our website do so at their own risk. HERALDS VERITAS shall not be liable for any inaccuracies or errors in the translation and shall not accept liability for any problem arising from or in connection with use of this translation. If there is any concern regarding the accuracy of the information presented within the translated versions of this site, please refer back to the Portuguese language website, which is the only official version.
Skip to Content
Home / EN-Documents / Superior General of Virgo Flos Carmeli writes to the Congregation for Religious

On October 16, 2019, virgo Flots Carmeli Superior General, along with members of his General Council, received a visit from Don Raymundo Damasceno Assis and Don José Aparecido Gonçalves de Almeida, appointed respectively Commissioner and assistant to the Society . On this occasion, the members of Virgo Flos Carmeli had the opportunity to express, in a climate of respect and fraternal dialogue, the perplexities that the current situation provokes.

Considering the wave of unfounded news and untruths circulating inflated by certain media outlets, the Attorney General of the Society, The Fr. Ramón Ángel Pereira Veiga issued – on October 19 – a statement restoring the truth of the facts, clarifying the situation and pointing to the irregularities practiced throughout the process.

Shortly thereafter, on October 25, the Superior General of the Society, the Fr. Jorge María Storni wrote a four-page letter to Cardinal João Braz de Aviz, Prefect of the Congregation for Institutes of Consecrated Life and Societies of Apostolic Life, explaining that society accepts the disposition of the Holy See, while at the same time as expresses the surprise of the entity with how to proceed, and asks to know the mysterious accusations made to the Society, and that in the meantime to date they have not been communicated to the entity.

See below the full letter. 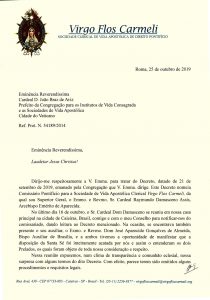 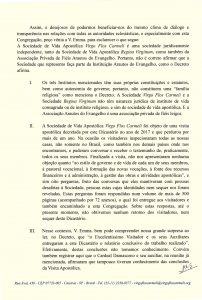 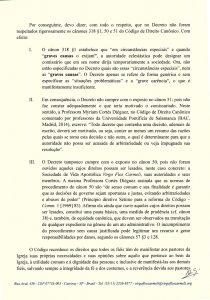 Decree of Commission of the Heralds of the Gospel