MACHINE TRANSLATION DISCLAIMER
Please be aware that this is a machine translation to provide a basic understanding of our web content: since translations are done by machine, they are literal, so certain words may not translate accurately. Viewers who rely on information through machine translation on our website do so at their own risk. HERALDS VERITAS shall not be liable for any inaccuracies or errors in the translation and shall not accept liability for any problem arising from or in connection with use of this translation. If there is any concern regarding the accuracy of the information presented within the translated versions of this site, please refer back to the Portuguese language website, which is the only official version.
Skip to Content
Home / EN-Featured / Mary: Mother and mirror of all saints 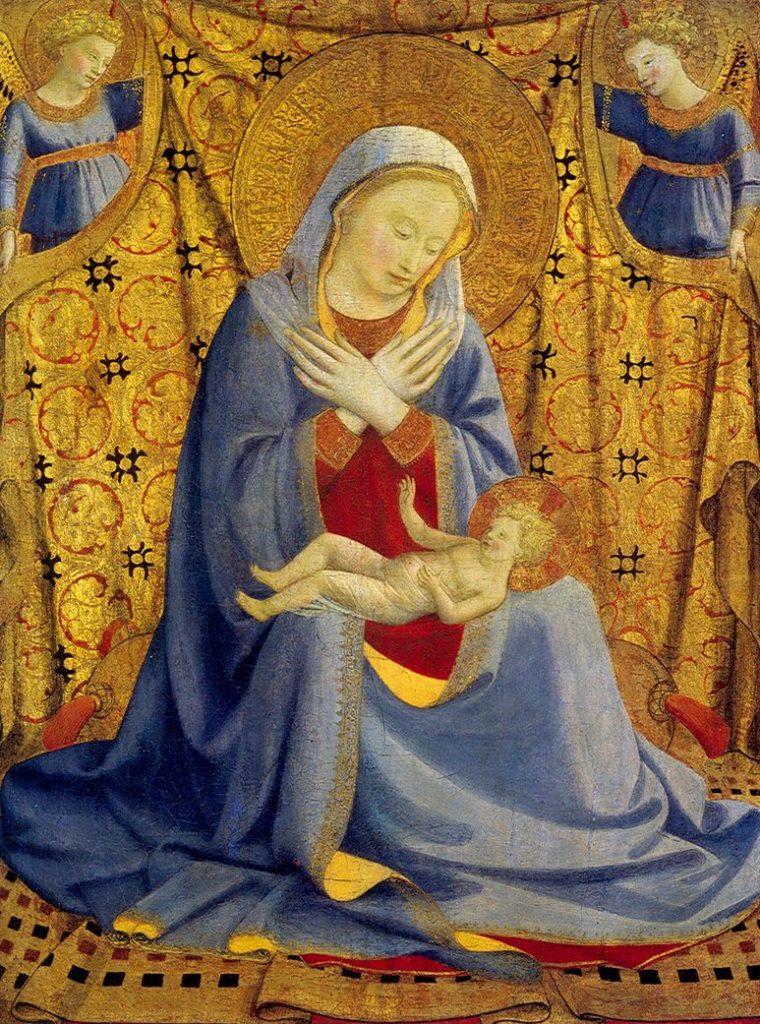 It is still a long way from our understanding to encompass what it means to be the Mother of God. The creature containing the Creator itself is a mystery that our intelligence will never explain entirely.

Let us observe this great mystery through the roads of tenderness, contemplating the Blessed Virgin who, as a devoted Mother, began worshipping her Divine Son from the moment of sacred conception. We can imagine with which dedicated affection, respect and veneration She wrealed the fragile hands and delicate feet of the Child-God. How immense and unusual His joy has been in hearing Him pronounce the first words, which would give rise to so many high conversations over 33 years of intimate conviviality.

However, this soft and sweet image blends with that of the deepest pain the world has ever contemplated. After the birth of Jesus, in a cave in Bethlehem, it was not long before Herod ordered persecution of the firstborn, forcing the Holy Family to flee to Egypt. Our Lady had to leave her home, her belongings, the security of her place and leave, with St. Joseph, towards the unknown. He left David's house to return to the land where his people had been enslaved and suffered so many persecutions. And as they fled, there was the terrible spillage of innocent blood, with thousands of little children torn from their mothers and violently murdered. 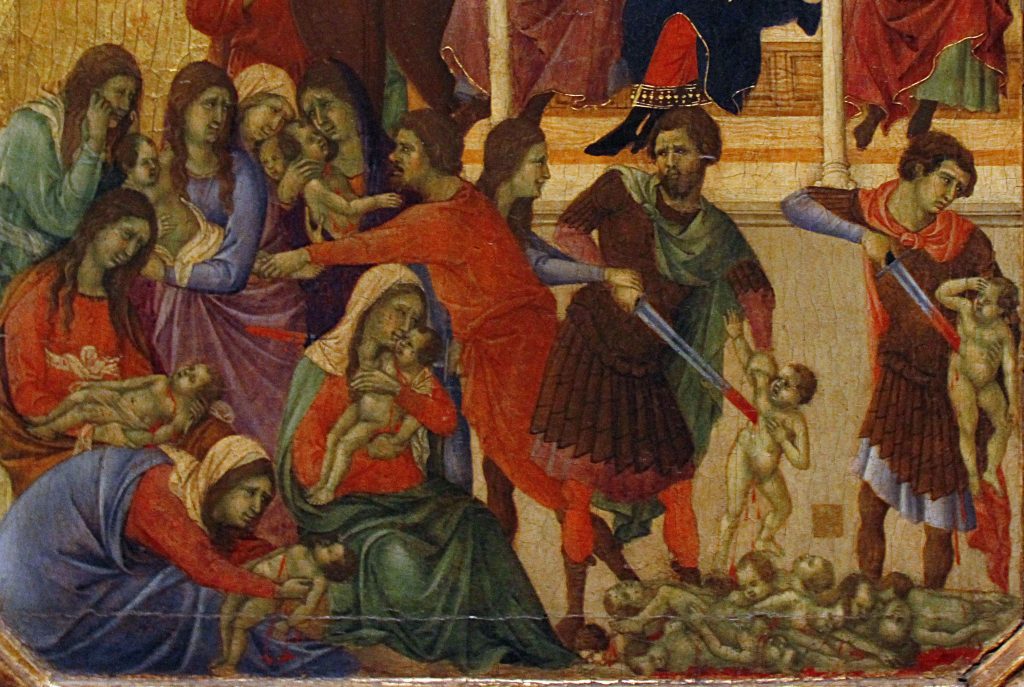 As mary began the public life of Our Lord, Mary accompanied the Son in His ministry and realized the falsehood of those who approached him with the intention of satisfying their own interests. She saw judas' betrayal, the stampede of the most intimate companions on the fateful night of the beginning of the Passion. She accompanied him along the way to Calvary. How torn His heart was to see His Divine Son fall three times, under the weight of the logger, tired and exhausted by the torture suffered! How She must have wished to support His falls and help Him carry the heavy cross!  Then he saw the linen robe, which weaves for Him with so much care, bloodied, be drawn by the soldiers.

She saw His Naked Son, and was distressed as she witnessed his shame, so chaste and so pure, having her intimacy demeaningly exposed. She stood, accompanying each groan, every tear, every drop of blood that fell:

"O Painful Mother, may you mourn, full of light, Blessed be! Blessed be you, Lady of Pain, I heard our pleas, Mother of sinners!"[1] 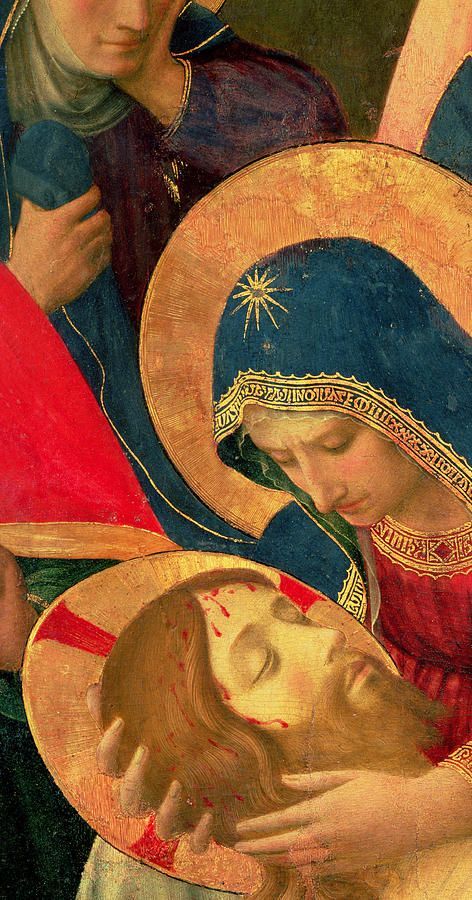 And the last gládio of pain went through his heart when he saw his beloved Son tip his head and expire. Then, when He was removed from the cross, he held him on his lap, as he did with that beautiful little boy looking trigueiro. Everything was consummated.

Thus, Mary was the greatest example of holiness that existed, a holiness forged in love, intimacy with God and in supreme pain. Symbolically, She died with His Son and with Him he rose again. She was later analysed to heaven and crowned Queen of men and angels. But not really, they're out of their pain and suffering. Every affront, every offense suffered by Our Lord, over these two thousand years, represents a new gládio to hurt His Immaculate Heart.

She who became Mother and protector of all of us, mirror of all saints, who has already personally come to bring Her message to earth in Fatima, in La Salette, Lourdes, rue du Bac de Paris, in Akita, Japan, and in so many other places , suffers and grieves to see the affronts that his Son continues to receive, increasingly intense.

New Herod kill innocent children through the legitimization of abortion. New Pilate wash hands and continue to free Barabbas. New tormentors continue to bare Jesus with his immoral practices and today, worse than trying to crucify his son again, authorities of all quarters, in the name of the "secular state", try to erase the reality of the Cross, reducing Jesus to an abstract concept, a simple assumption.

Mary is feared and hated. Over the centuries, many of His images have been broken and desecrated, and persecution and betrayal hang over all those who serve his Son and have her for Mother. As she announced in Fatima, she is tired of sustaining her Son's arm so that He can detract punishment and give more of a chance to convert people who, however, could rush into hell more and more quickly. It would be said that she is driven away by seeing if they spread the increasingly scandalous sins and the increasingly heinous crimes, and compressed to find that their messages have been hidden or misrepresented by those who should make them known. Also the saints who receive these heavenly revelations are most often silenced, persecuted and have their prophecies hidden. 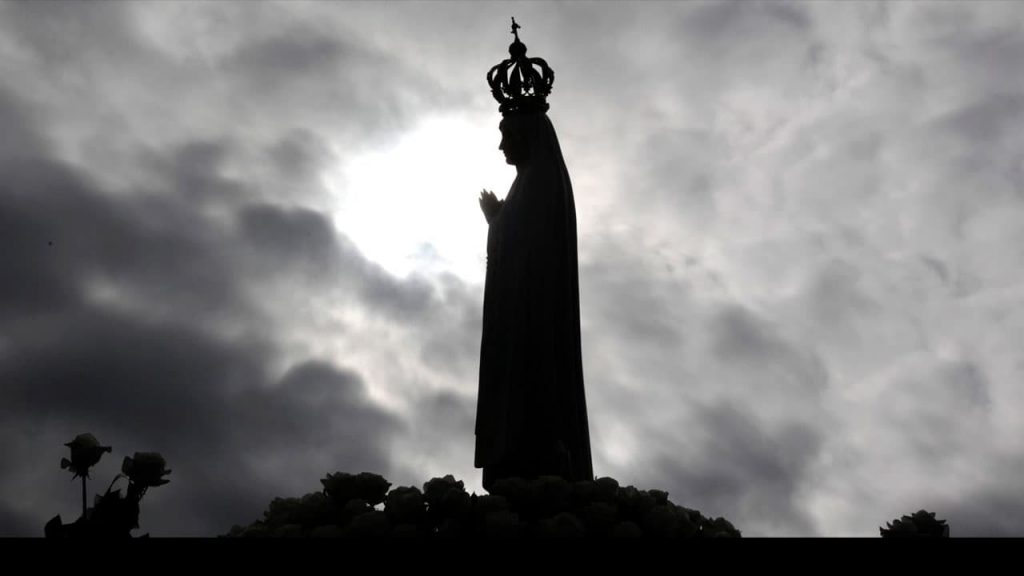 However, as bad as the acts and omissions of those who try to minimize or hide what God promised, Mary Most Holy prepares to triumph as she had promised in Fatima. Even if they doubt and mock, the punishment for the wicked will soon and their kingdom will settle on the earth.

[1]Hymn to the Seven Sorrows of the Blessed Virgin (Mary of the Rosary).

Jesus the Saint of the forts